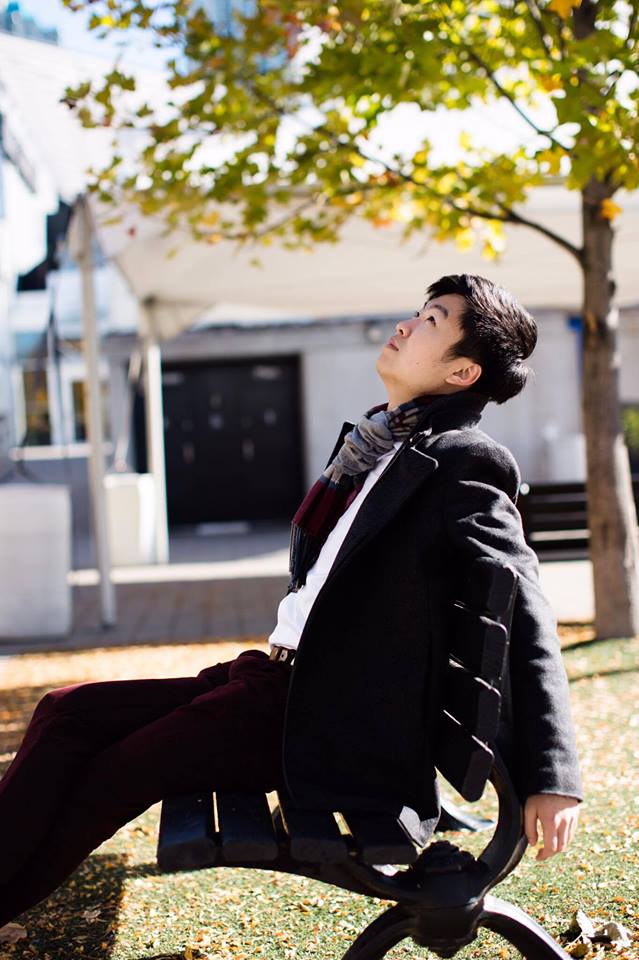 Nobody has time to read an 80 page paper [LE20]. Therefore I doubt most readers realized the manifold Langevin algorithm paper actually contains a novel technique for establishing functional inequalities. And I really doubt anyone had time to interpret the intuitive consequences of such results on perturbed gradient descent, and definitely not extending the Kannan-Lovász-Simonovits (KLS) conjecture [LV18] - which brings me to write this blog post.

Let us start with a potential function \(F : \mathbb{R}^d \to \mathbb{R}\), an inverse temperature parameter \(\beta > 0\), and we define the Gibbs density as

Firstly, we will recall the (overdamped) Langevin diffusion is defined by the following stochastic differential equation (SDE)

Since the Gibbs density \(\nu\) finds the global minimum of \(F\) as \(\beta \to \infty\), a dimension and temperature free Poincaré constant implies a fast convergence of Langevin diffusion to the global minimum when \(\beta\) is large. Therefore it is no surprise that

I should briefly mention that a recent arXiv preprint [Che20] proposed a result equivalent to an almost constant lower bound on the Poincaré constant of order \(O( d^{-o(1)} )\), which in the limit of \(d\to\infty\) converges to \(0\) slower than \(d^{-r}\) for all \(r>0\). For the sake of staying on topic, we will leave this extremely interesting subject for a future post.

Furthermore, it is already known that an adaptive perturbation of gradient descent escapes saddle points at a dimension free rate [JGN+17]. This hints at the possibility of establishing a dimension and temperature free Poincaré inequality for even non-convex potential functions! Indeed, we will discuss this next.

The main result of this blog post is actually an intermediate result of [LE20, Proposition 9.11]. While the original proposition is proved for a product manifold of spheres, it can be easily adapted to \(\mathbb{R}^d\) with a containment type condition, see for example [Vil06, Theorem A.1] and [MS14, Assumption 1.4]. Since as of writing this post, there is no complete proof of this adaptation, we will state it as a claim.

As we discussed earlier, perturbation helps gradient descent escape saddle points, therefore this result is very intuitive. However, deriving a quantitative bound is completely non-trivial. We remark that for non-convex potentials, most approaches to establishing a Poincaré inequality will yield exponentially poor dependence on both \(\beta\) and \(d\). To our best knowledge, only [MS14] has established a bound independent of \(\beta\), and (by our calculations) exponential in \(d\).

Let us start by emphasizing this result does not imply the KLS conjecture. Indeed, the conditions of the conjecture does not require \(F\) to have a unique minimum. Hence \(F\) needs not to be strongly convex around the minimum. This is a key requirement of the proof technique.

It does, however, imply that the KLS conjecture can be extended beyond convex functions. More precisely, if a potential \(F\) satisfies a dimension and temperature free Poincaré inequality, we can add saddle points to \(F\) without losing this property. Therefore, we can replace convex potentials \(F\) in the statement of the KLS conjecture with modifications of convex potentials \(F\) with strict saddle points. In fact, this naturally leads us to further conjecture the strictness of saddle points can be relaxed as well, since it’s the parallel of relaxing strong convexity to convexity for saddle points.

Additionally, notice that we can take \(\beta\) to be as large as we want. This implies that the amount of randomness added to gradient flow does not affect its ability to escape saddle points. In other words, any tiny amount of perturbation will help escape saddle points. Furthermore, we emphasize this implies a discretization of Langevin diffusion, i.e. a perturbed gradient descent, will also escape strict saddle points - this was the main result of [LE20]. This is in sharp contrast with (deterministic) gradient descent taking up to exponential time to escape a saddle point [DJL+17], implying the addition of noise, even arbitrarily small, fundamentally changes the behaviour of gradient descent.

Now to my favourite part of this post, where we actually describe the proof techniques. We will see that despite the lengthy calculations in [LE20], the proof idea is quite straight forward to explain. We start by stating a Lyapunov criterion for the Poincaré inequality.

Intuitively, we can think of the Lyapunov function \(V\) as an energy measure of the Langevin diffusion \(\{X_t\}_{t_{} \geq 0}\), \(LV\) as the time evolution of \(V\) via Itô’s Lemma, and the Lyapunov condition (inequality) describes the rate of energy dissipation over time. This energy \(V\) will decrease as \(X_t\) gets closer to \(U\), hence \(U\) behaves like an attractor. Once \(X_t\) reaches \(U\), the process begins to “mix” due to the Poincaré inequality on \(U\). In our case, we will choose \(U\) to be a small neighbourhood of the global minimum, and use the strong convexity (Bakry-Émery criterion) to get a Poincaré constant \(\kappa_U\). For those that find this description familiar, indeed this is the diffusion equivalent of the drift and minorization conditions for Markov chain mixing [MT09].

Similar to other Lyapunov function based methods in differential equations, constructing such a function \(V\) is the main difficulty. [MS14] observed that when \(F\) has only strict saddle points, the choice of \(V = \exp\left( \frac{\beta}{2} F \right)\) works very nicely away from saddle points. In fact, we can directly compute the Lyapunov condition

and observe that as long as \(|\nabla F|\) is bounded away from zero, we can choose \(\beta\) to be large, hence forcing \(\frac{LV}{V}\) to be negative. In other words, excluding small neighbourhoods around saddle points, \(\nu\) satisfies a Poincaré inequality.

The precise version of this result can be found in [LE20, Lemma 9.10]. In particular, we can compute this constant to be dimension and temperature free.

Now we have narrowed the problem down only constructing a Lyapunov function for the neighbourhoods around saddle points, we will observe replacing the inequality of the Lyapunov condition with equality gives us the Poisson equation. Consequently, we have a stochastic representation of the solution in terms of the escape time.

then \(V\) is the unique solution to the Poisson equation

Readers with a Markov chain background may recognize this escape time based condition to be equivalent to drift and minorization [DMPS18, Theorem 14.1.3]. In fact, this method was inspired by the nice connection drawn between diffusions and Markov chains.

Additionally, readers familiar with concentration inequalities may recognize the theorem’s condition is known as exponential integrability, and it’s one of the equivalent characterizations for sub-exponential random variables. Indeed, we will actually use a slightly easier equivalent form for calculations.

At this point, it’s then sufficient to establish an exponentially decaying tail bound for \(\tau_{B^c}\). To this goal, we will make several observations:

where \(-\lambda\) upper bounds the smallest eigenvalue of \(\nabla^2 F\) at saddle points.

We observe that this SDE is the “negative” Ornstein-Uhlenbeck process, and it has a closed form solution

where the constant \(c\) does not depend on \(t\). I.e. this escape time tail bound implies that \(V(x)\) is a valid Lyapunov function, and hence implies a Poincaré inequality.

Quite a few technical details were swept under the rug to simplify the proof sketch, as the reader might expect. Probably the most significant is the approximation of \(F\) by a quadratic function - it is actually not very straight forward to connect an approximation bound to an escape time bound.

At the same time, the requirement of \(\beta\) to be sufficiently large is quite unsatisfying. Intuitively, why would adding noise hurt the mixing of a Markov process? It feels to me that this condition is merely a technical constraint, and a more careful analysis could sharpen or remove this condition. Hopefully the readers will have more thoughts and ideas than I do.

Thanks to reading up this point, and I wish everyone a happy new year!

You May Also Enjoy

Equivalent representation results contribute not only a connection between different concepts, but also a new set of proof techniques. Indeed, stochastic analysis has offered a number of alternative proofs to many problems. Occasionally the proof can simplify drastically. In this post, we will discuss a particularly elegant application by Auffinger and Chen (2015), for an otherwise very difficult problem in spin glass.

In a similar sense to line integrals, stochastic calculus extends the classical tools to working with stochastic processes. One of the most elegant and useful result is the change of variable formula for stochastic integrals, commonly known as Itô’s Lemma (see end of this post for a discussion on Doeblin’s contribution). While this lemma is quite easy to use, the proof usually relies heavily on technical lemmas, hence difficult to develop intuition, especially for the first time reader.

While studying two seemingly irrelevant subjects, probability theory and partial differential equations (PDEs), I ran into a somewhat surprising overlap: the Poincaré inequality. On one hand, it is not out of the ordinary for analysis based subjects to share inequalities such as Cauchy-Schwarz and Hölder; on the other hand, the two forms of Poincaré inequality have quite different applications.